England defeated Australia by a scoreline of 40-16 to book a place in the Rugby World Cup semi-final. It was another mammoth sporting encounter between these two countries, who have been bitter rivals in multiple individual and team sport. After the big game in Japan, we’ve decided to take a look at back at some of the other biggest clashes from years gone by. 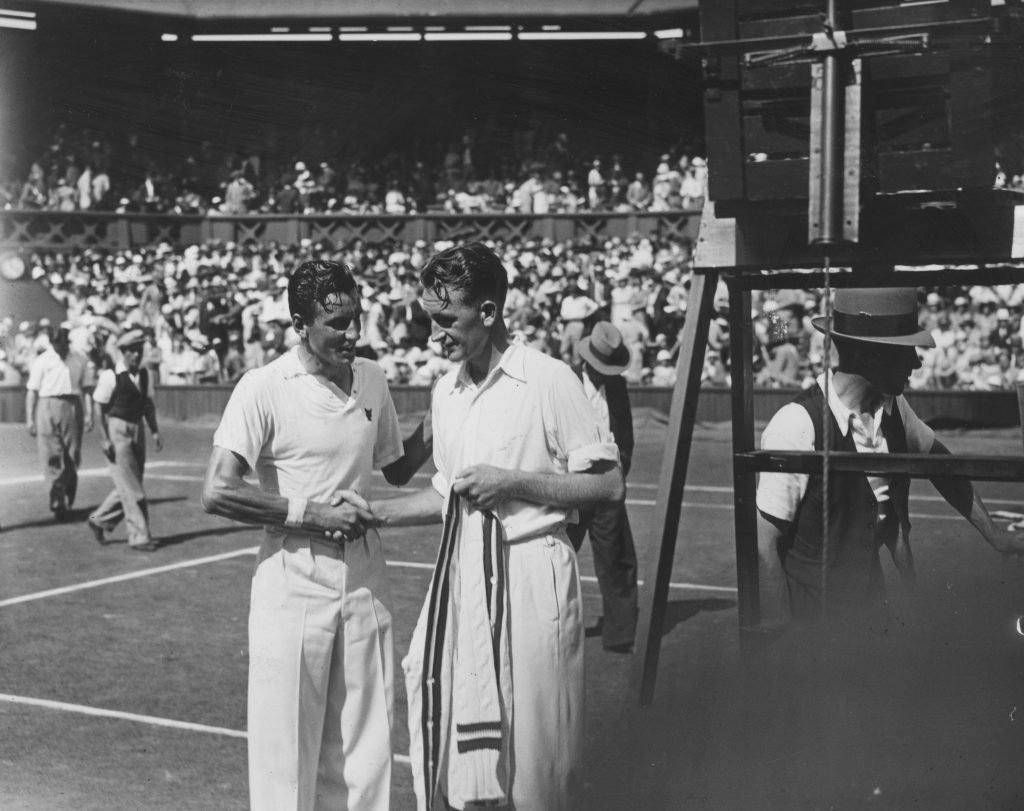 Back in 1933, Fred Perry took on Jack Crawford in an epic encounter in the US National Championships. Crawford was looking to claim a first grand slam after winning the Australian Open, French Open and Wimbledon title, however, Perry claimed a remarkable win over the Australian. 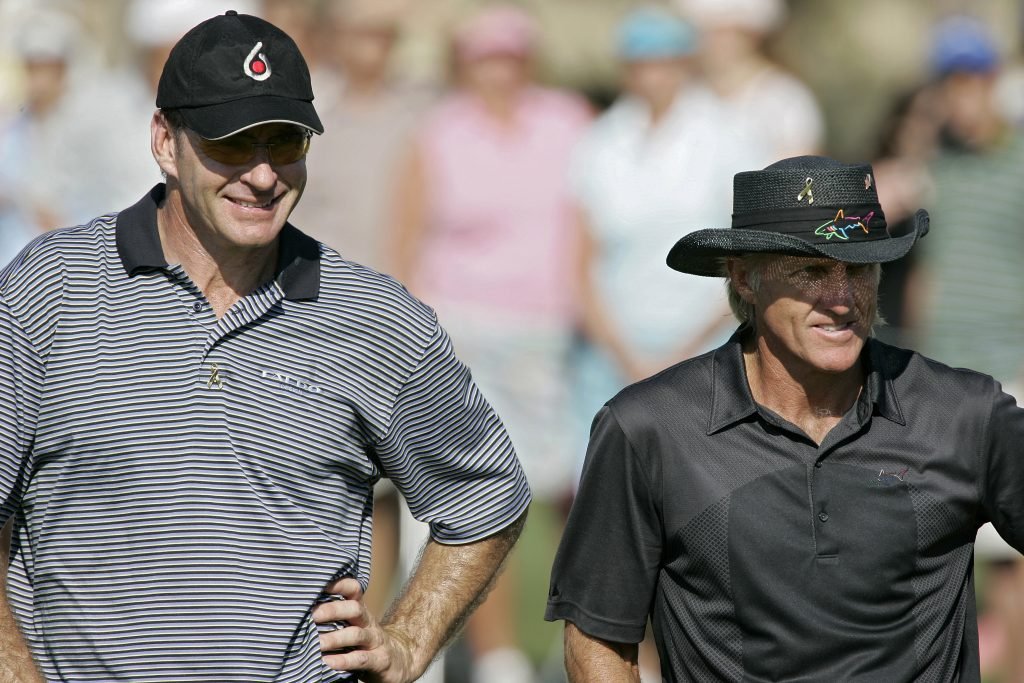 Over an eight-year period, Australian Greg Norman and Englishman Nick Faldo played out one of the great golfing rivalries of all time. One of the two was ranked number one in the world during that time, with one of the best encounters coming at the 1996 Masters. Norman had a six-shot lead over Faldo at Augusta National, however, a crazy Sunday afternoon saw Faldo pip the Australian to take the green jacket. 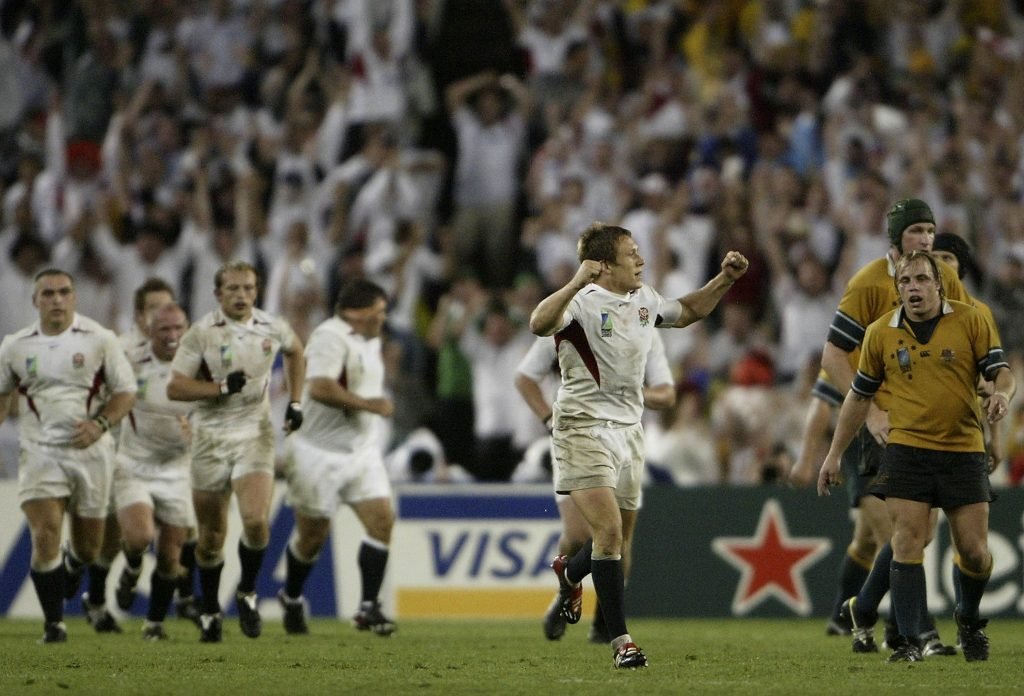 England became the first European side to lift the Rugby World Cup with a dramatic 20-17 win over Australia in 2003. The scores were level at 14-14 at full time, with Jonny Wilkinson’s late drop goal sealing World Cup glory for Clive Woodward’s side. 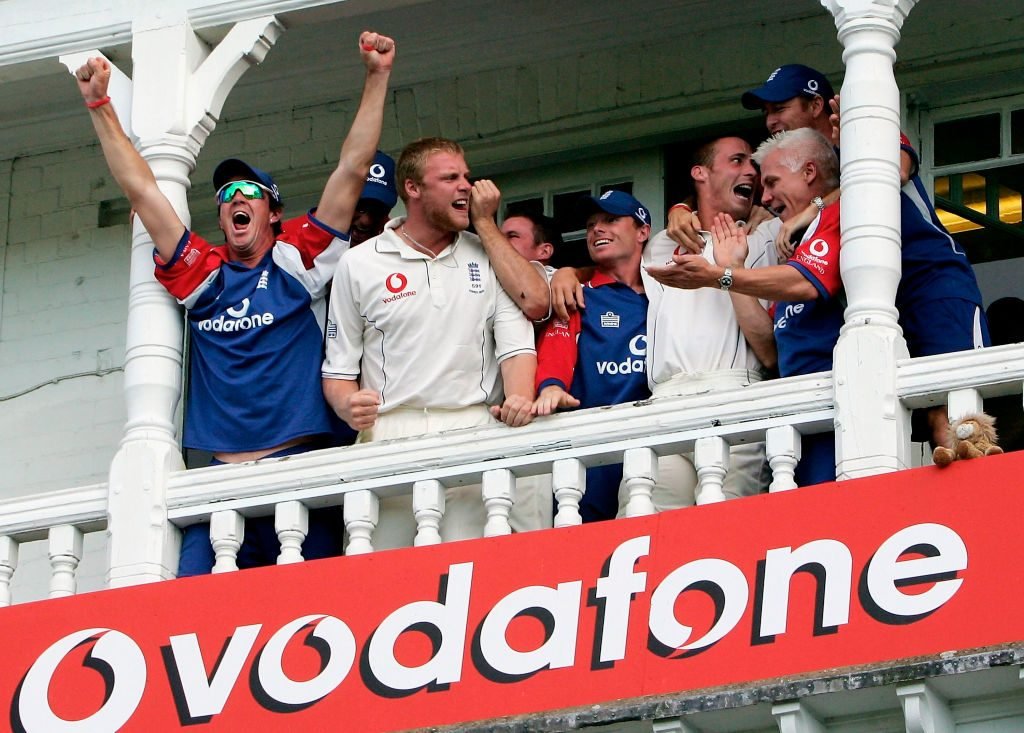 The 2005 Ashes series between the two countries is regarded as one of the best sporting encounters of all time. England came out on top in the five-match series 2-1 to lift the urn for the first time since 1987. 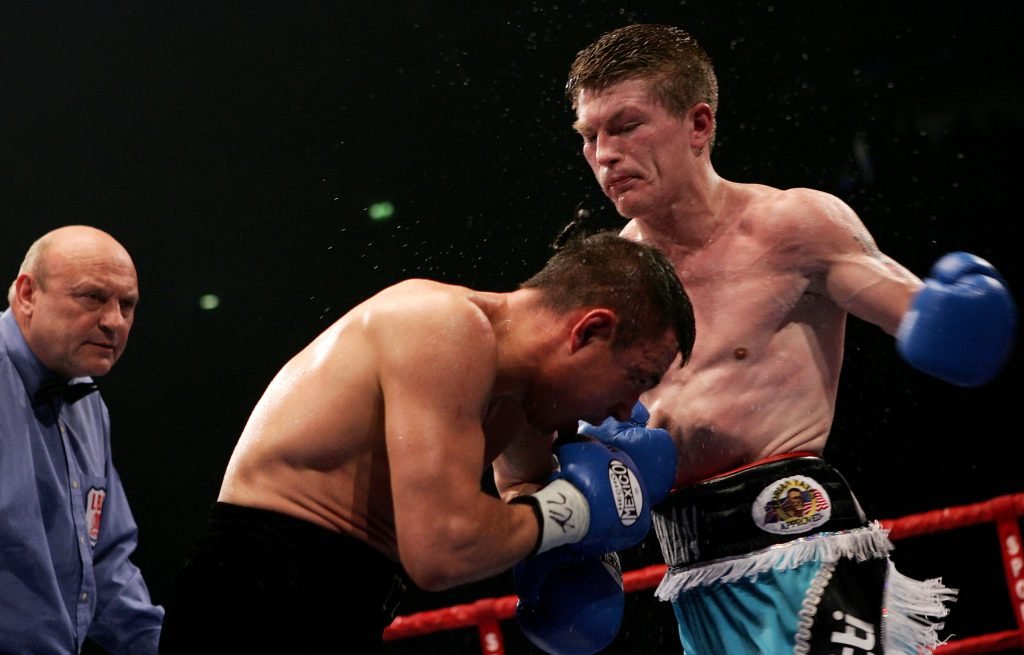 After a heated build-up, Ricky Hatton took on one of Australia’s greats in Kostya Tszyu back in 2005. The pair put on a classic in Manchester, with Hatton taking a shock win thanks to an 11th round stoppage. 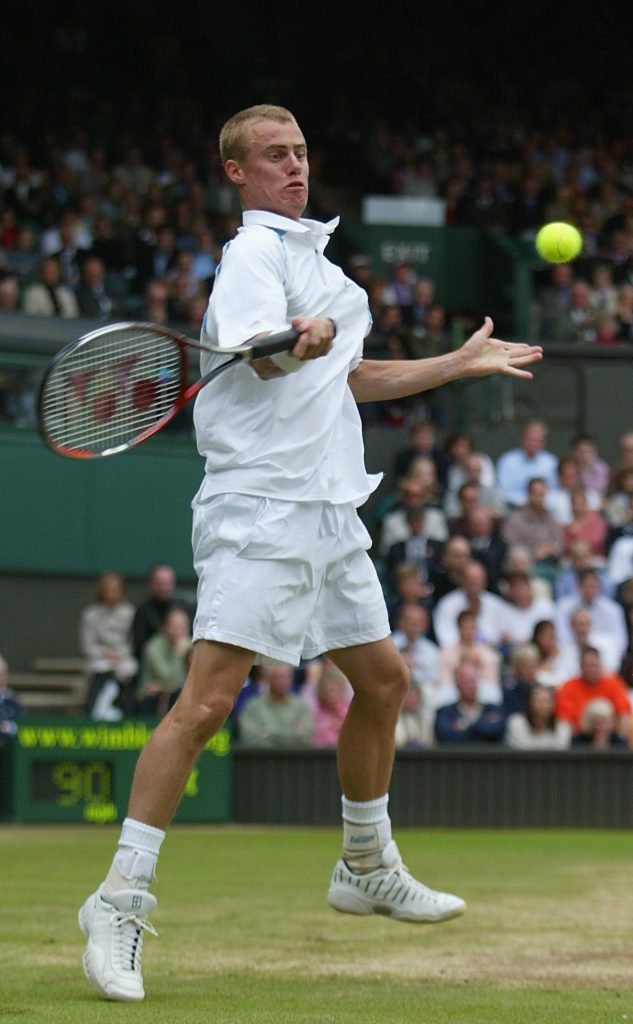 The 2002 Wimbledon semi-final saw Australia’s Lleyton Hewitt take on Englishman Tim Henman. The winner of the game would be a huge favourite going into the final as the other semi was contested between the 27th seed  Xavier Malisse and 28th seed David Nalbandian. Despite the backing of a huge home crowd, Henman lost in straight sets to Hewitt, and sure enough, the Aussie went on to beat Nalbandian comfortably in the final. 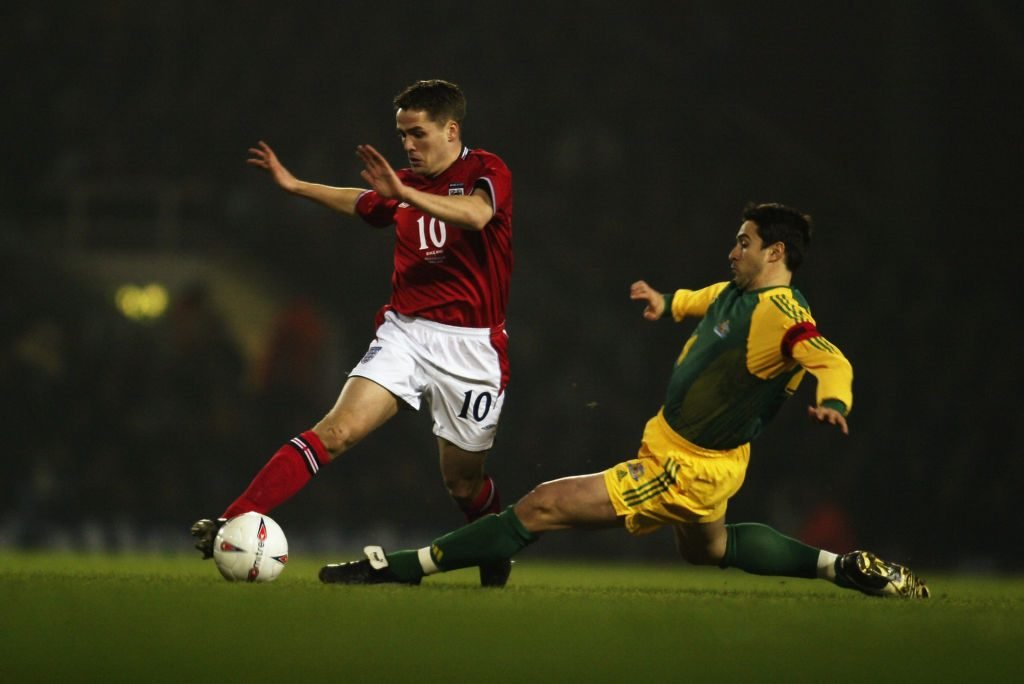 Australia and England played a friendly football match at Upton Park on February 12th, 2003, albeit in front of a lively crowd. The Aussies pulled off a big upset, winning 3-1 with goals from Tony Popovich, Harry Kewell and Brett Emerton. 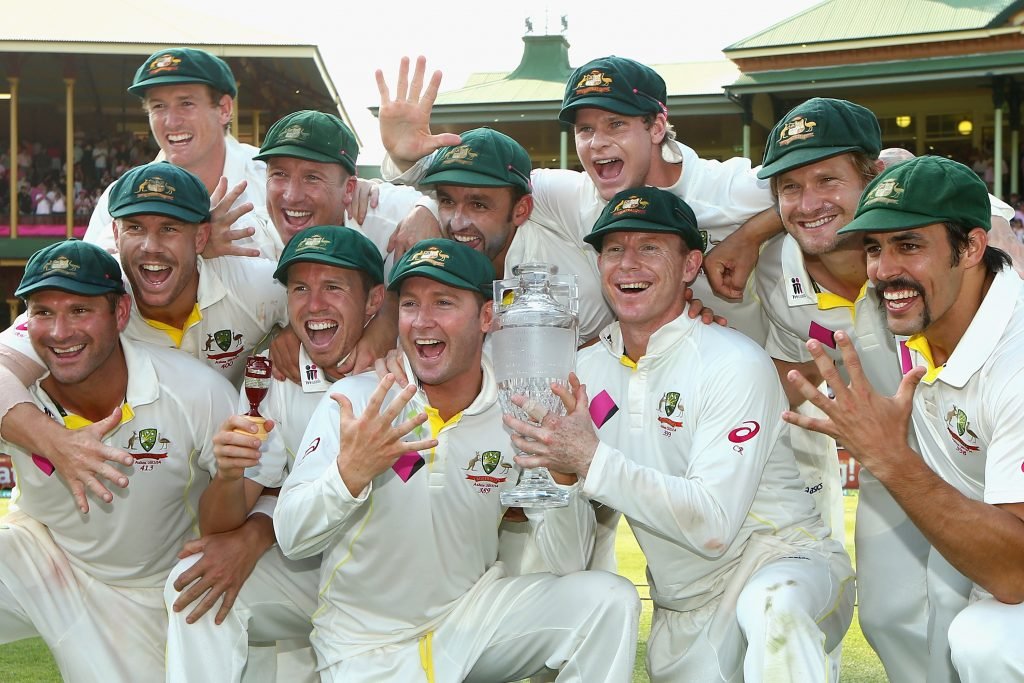 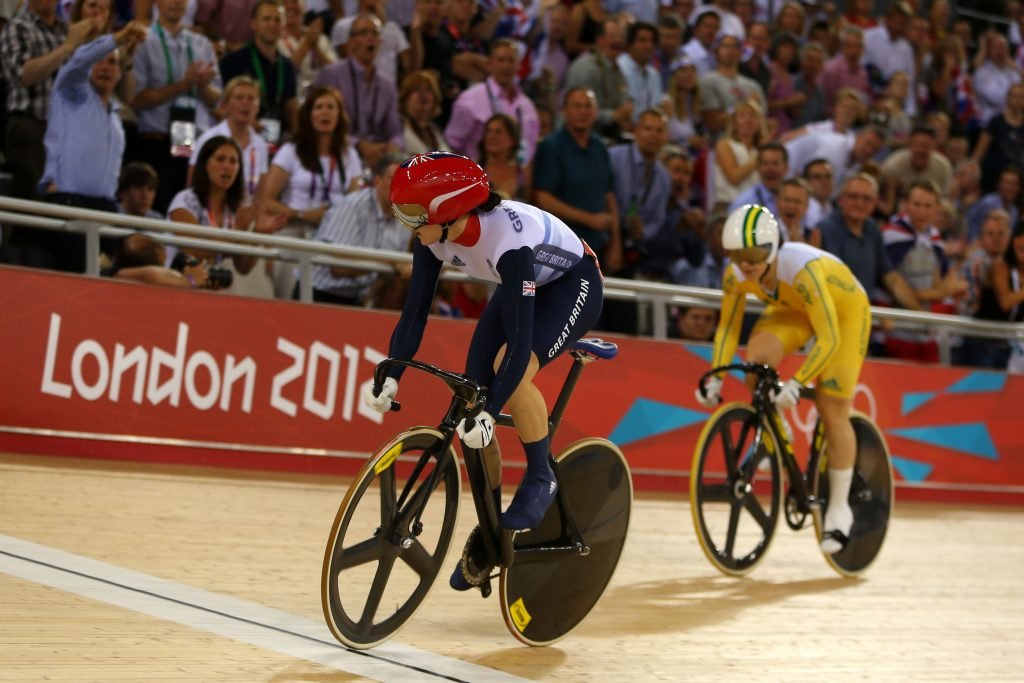 Two of the greatest sprint cyclists of all time were involved in a fierce rivalry on the track. The pair’s rivalry has been labelled as one of the greatest in cycling history, with both Vicky Pendleton and Anna Meares coming out on top over one another at major events. 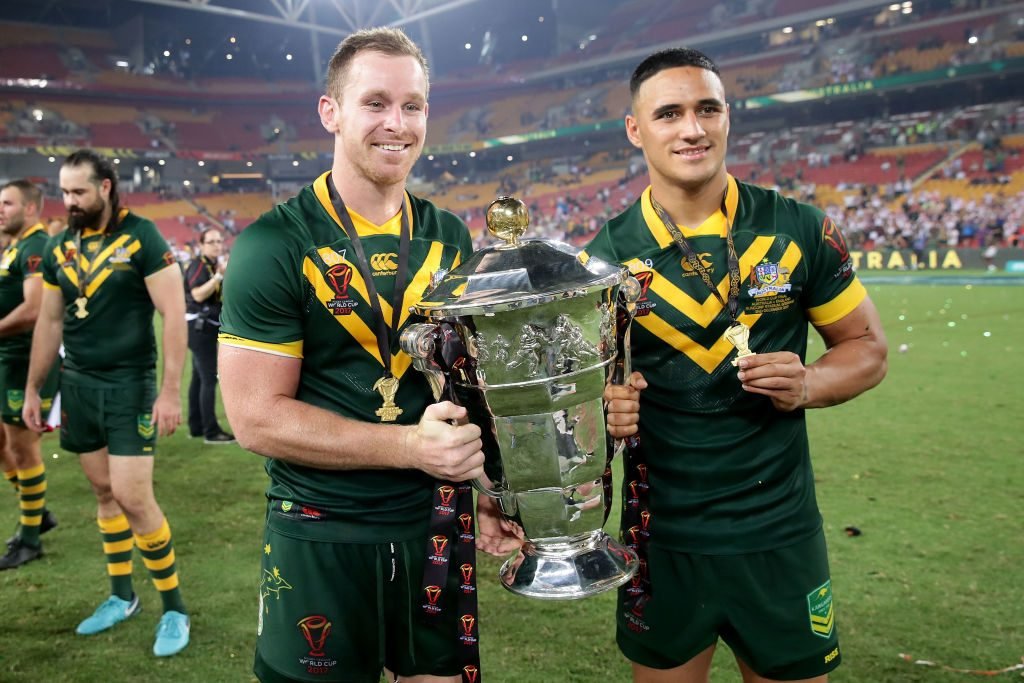 Australia and England have met in the Rugby league World Cup final on eight occasions. The Aussies have dominated the sport, winning the tournament 11 times compared to England’s three, with the latest triumph coming back in 2017. 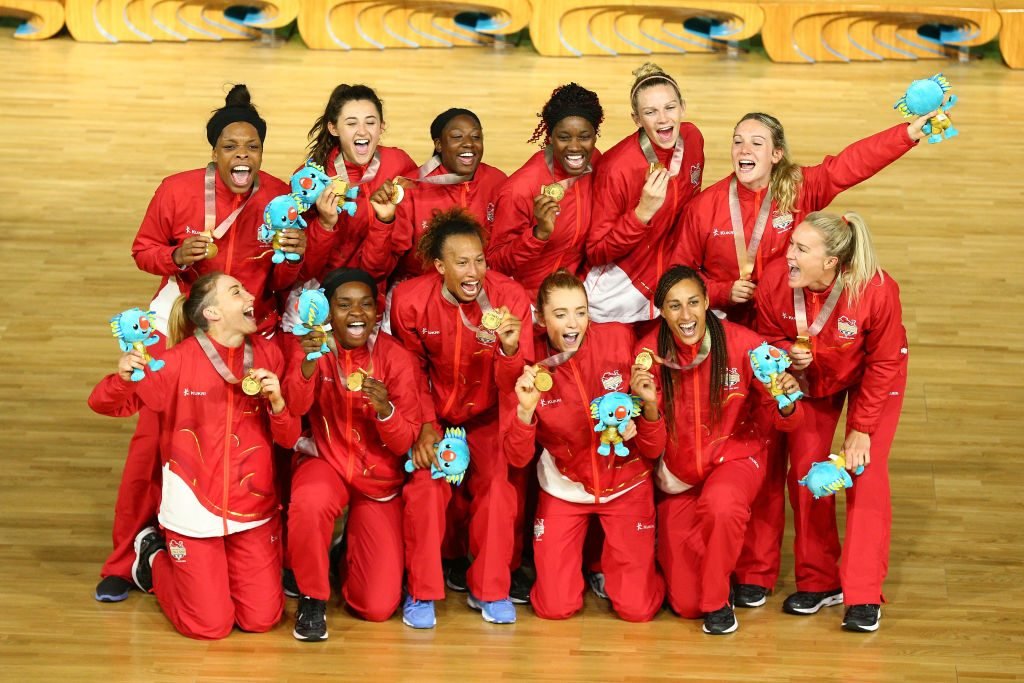 England stunned Australia to take Netball gold at the 2018 Commonwealth Games. The Aussies were clear favourites heading into the final, however, Tracey Neville’s side claimed a 52-51 victory in the final second thanks to Helen Housby’s score. 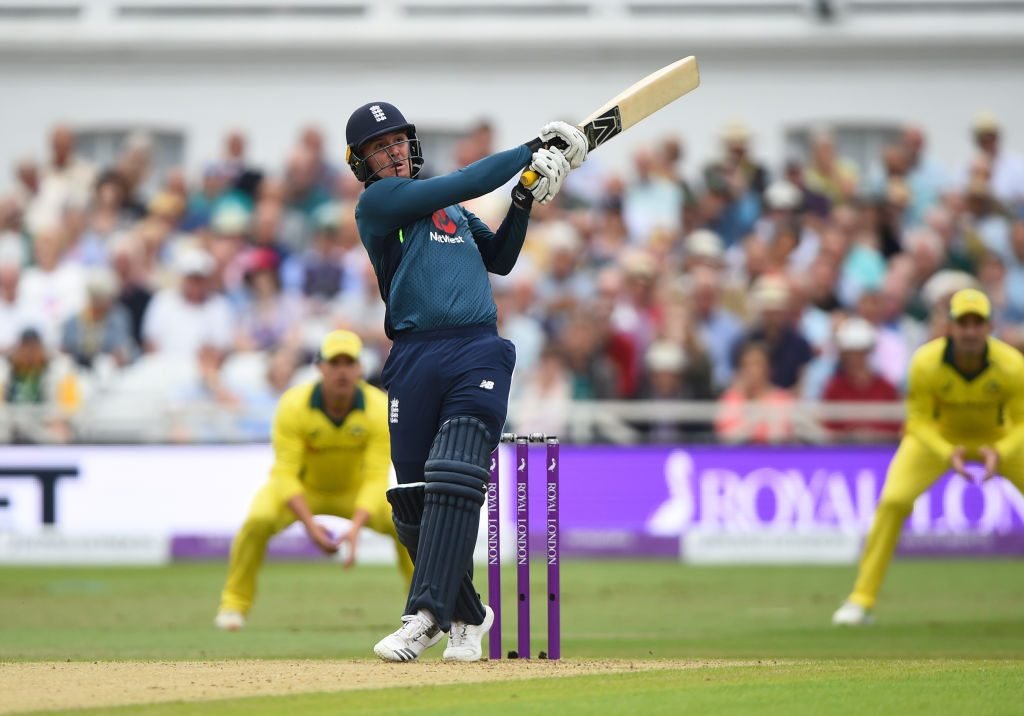 England broke the world record ODI score against their bitter rivals in 2018. Eoin Morgan’s side posted an incredible 481/6 off their 50 overs before bowling their opponents out for just 239. The result was also the biggest margin of victory ever recorded. 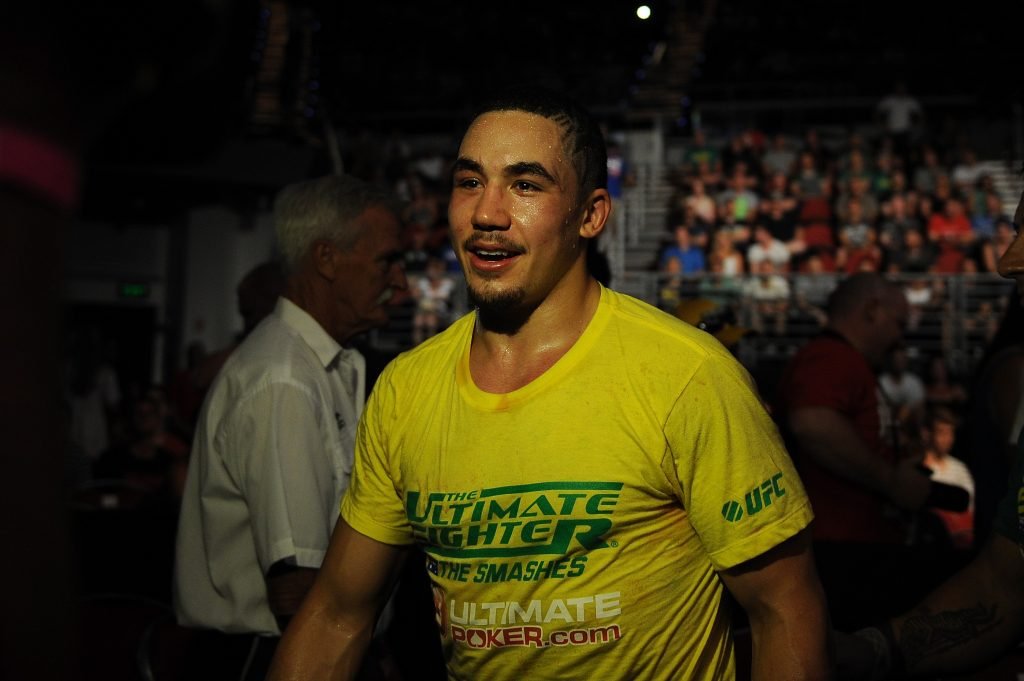 Quite the inventive name! The 2012 series of UFC’s ‘The Ultimate Fighter’ saw UK fighters pitted against Australian fighters. Australia’s Robert Whittaker came out victorious in the Welterweight tournament with a unanimous decision win over Englishman Brad Scott in the final. 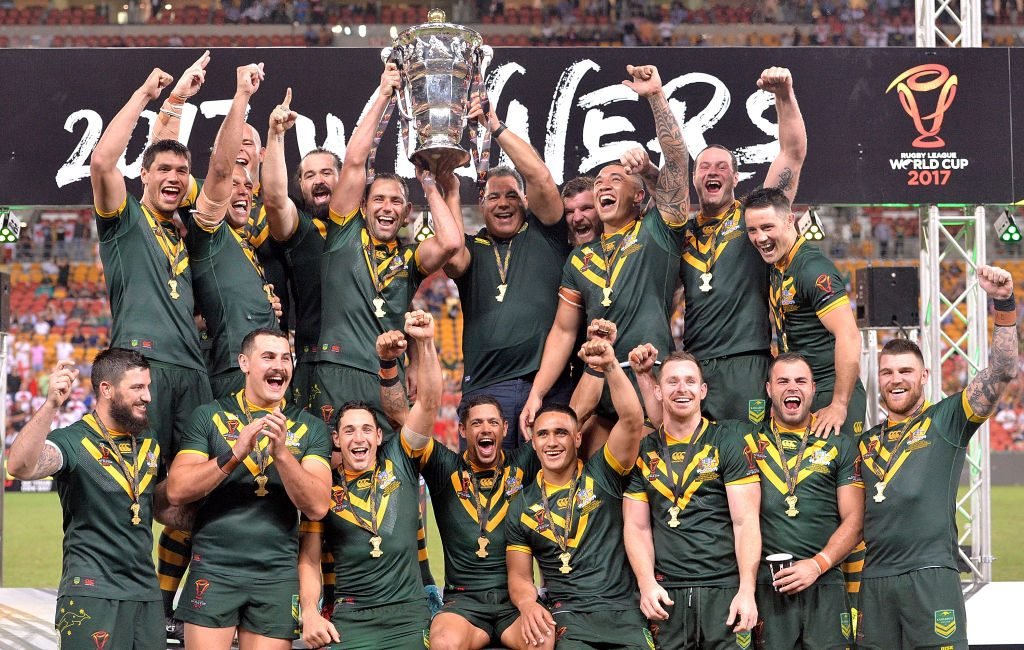 The 2017 Rugby League World Cup final was the lowest-scoring final the history of the competition. Australia, thanks to Boyd Cordner’s 15th minute try and Cameron Smith’s kick, went 6-0 up and England could not break down their defence, thus giving the Aussies another World Cup win. 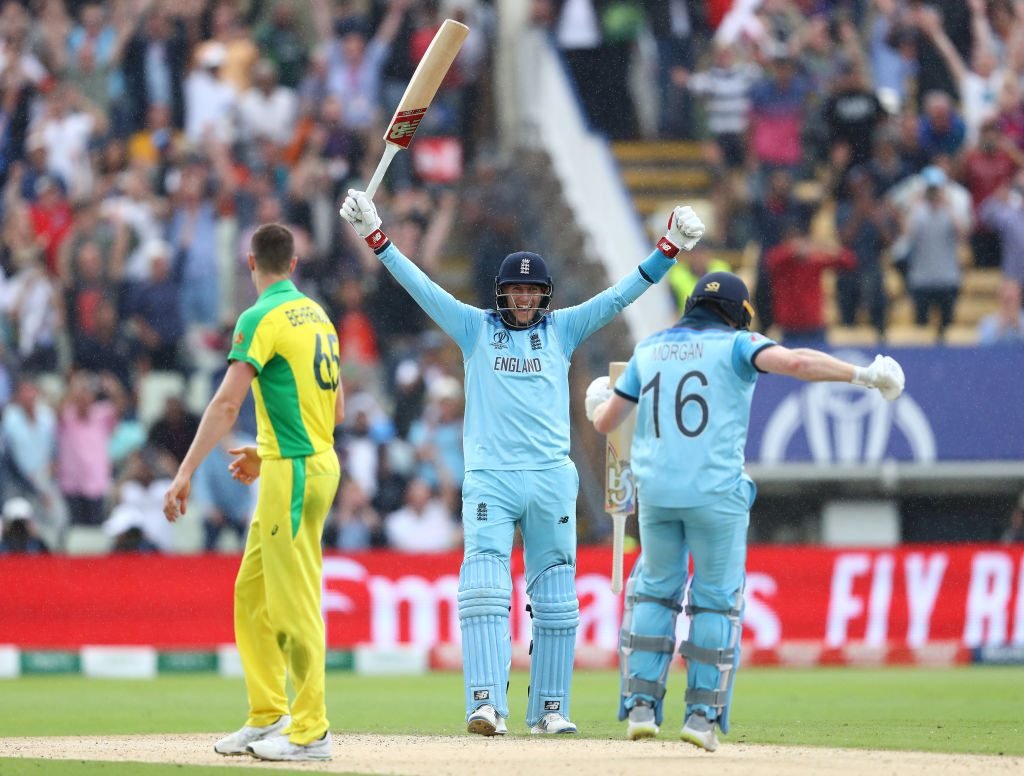 The semi-final of this year’s Cricket World Cup saw England take on Australia at Edgbaston and the home side simply dominated. Having won the toss, the Aussies were bowled out for 223. England’s opening batsmen then made 124 and despite both then getting out, an unbroken partnership of 79 between Joe Root and captain Eoin Morgan saw the home side secure a dominant eight-wicket victory. 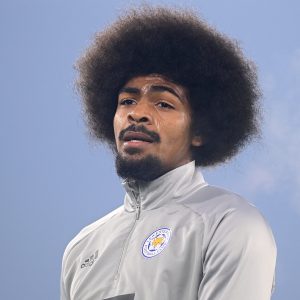 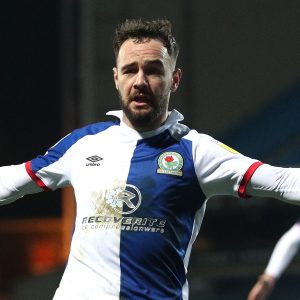 Celtic should be looking at Adam Armstrong over Tom Ince [Opinion] 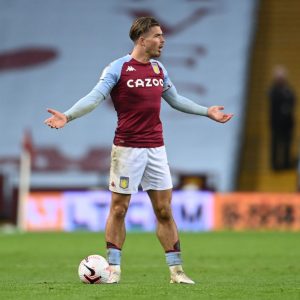 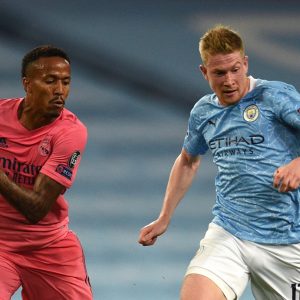 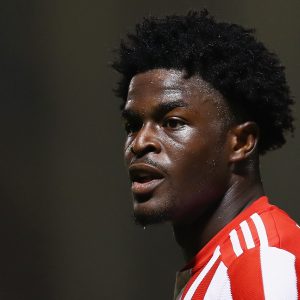 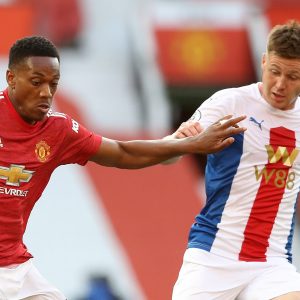