League One side Burton Albion have had an amazing run in the League Cup this season and this evening, they’ll travel to the Etihad Stadium to face Premier League champions Manchester City in the first leg of the semi-final. Burton are as long as 90/1 to win the game with some bookmakers; one of the biggest prices you’ll ever see offered in a football game. A win for Nigel Clough’s side would be one of the biggest ever shocks in the history of sport, should they be able to slay Pep Guardiola’s men. It’s very, very, very unlikely to happen, but where would a Burton win over the champions rank amongst sports biggest ever upsets? We’ve taken a look at some previous wins by outsiders to find out. 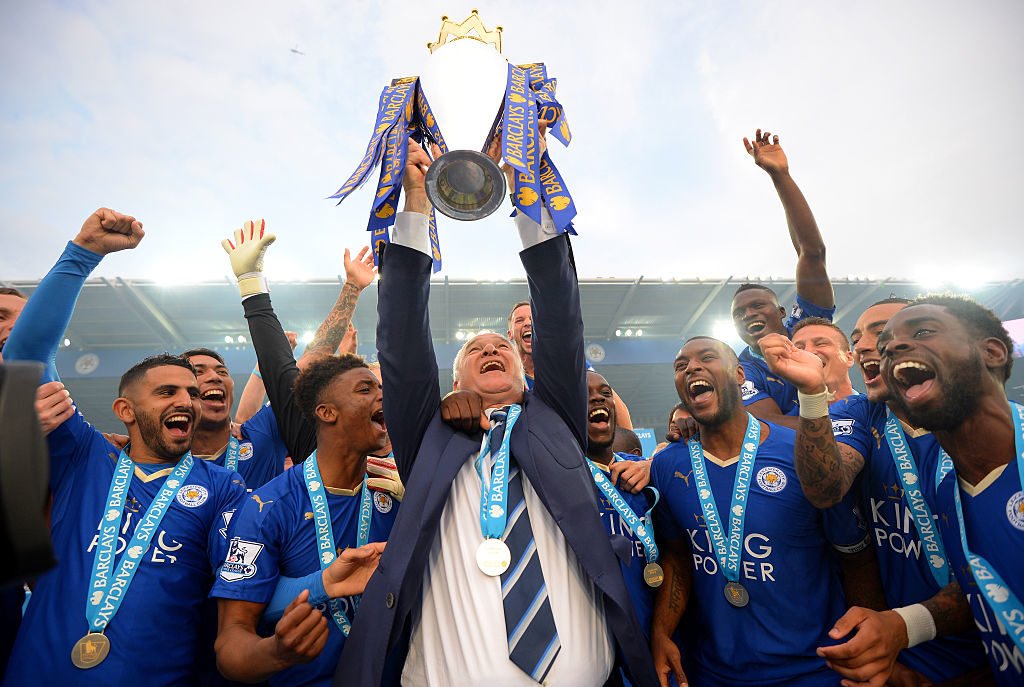 Where else to start but with Leicester City? The Foxes shocked the world during the 2015/16 Premier League season as the likes of N’Golo Kante, Riyad Mahrez and Jamie Vardy, under the tutelage of Claudio Ranieri, steered them to a famous Premier League title win. They were priced at 5000/1 when the season started! 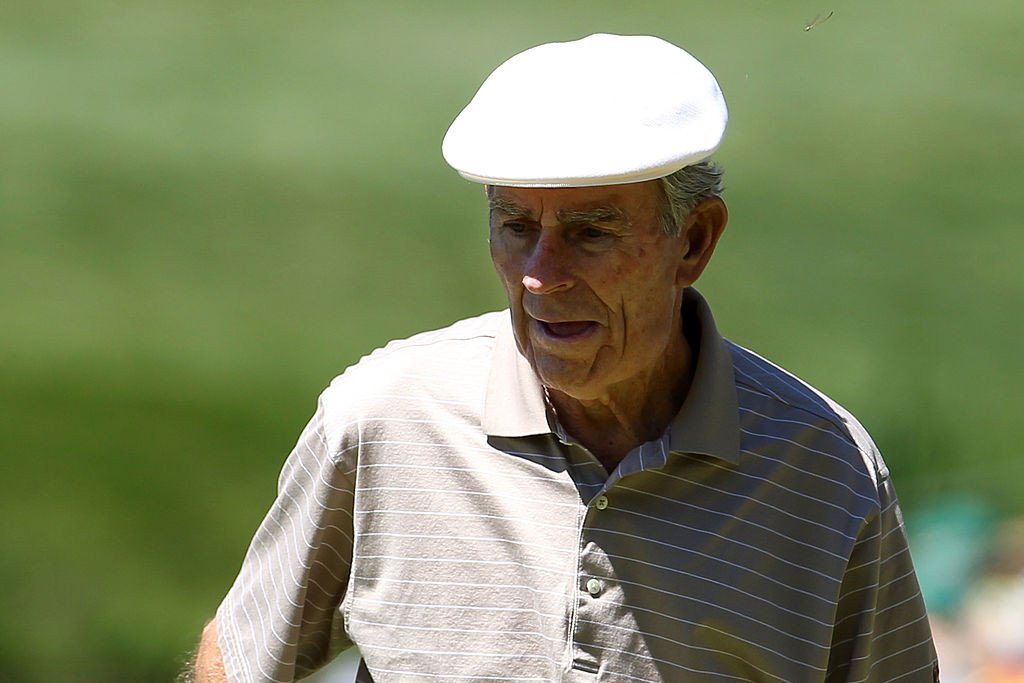 Back in 1955, Jack Fleck, a municipal course pro from Iowa, pulled off one of the biggest shock wins in the history of golf as he defeated the great Ben Hogan in a playoff to win the U.S. Open. Hogan was looking to win a fifth U.S. Open title but was denied by Fleck, who won the event using clubs manufactured by Hogan’s company! 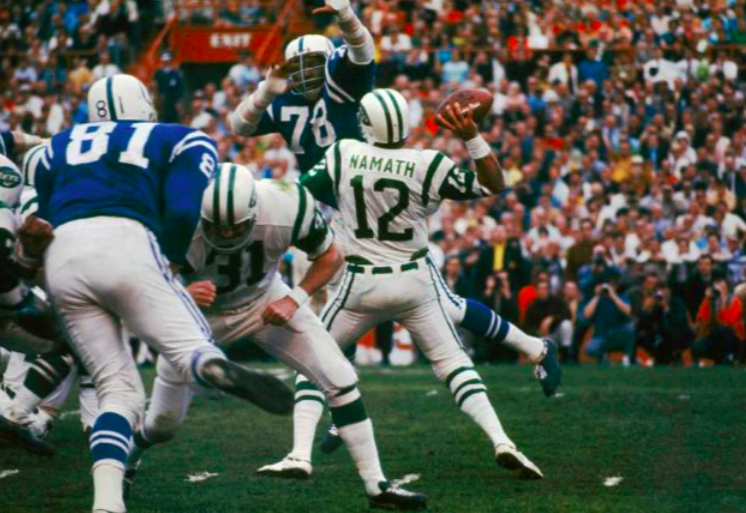 Entering Super Bowl III, it was widely accepted that the NFL champion Baltimore Colts were far better than the AFL champion New York Jets. Three days before the game took place, Jets quarterback Joe Namath boldly predicted “We’re gonna win the game. I guarantee it.” He was right. The Jets shocked the whole of America by winning the game 16-7. The 1969 World Series win by the New York Mets is considered one of the greatest upsets in history. The 1969 season was the first where any Mets team ended with a winning record and they went on to defeat a highly-fancied Baltimore Orioles side. The Orioles won the first game of the series, but the Mets won the next four to pull off the upset. 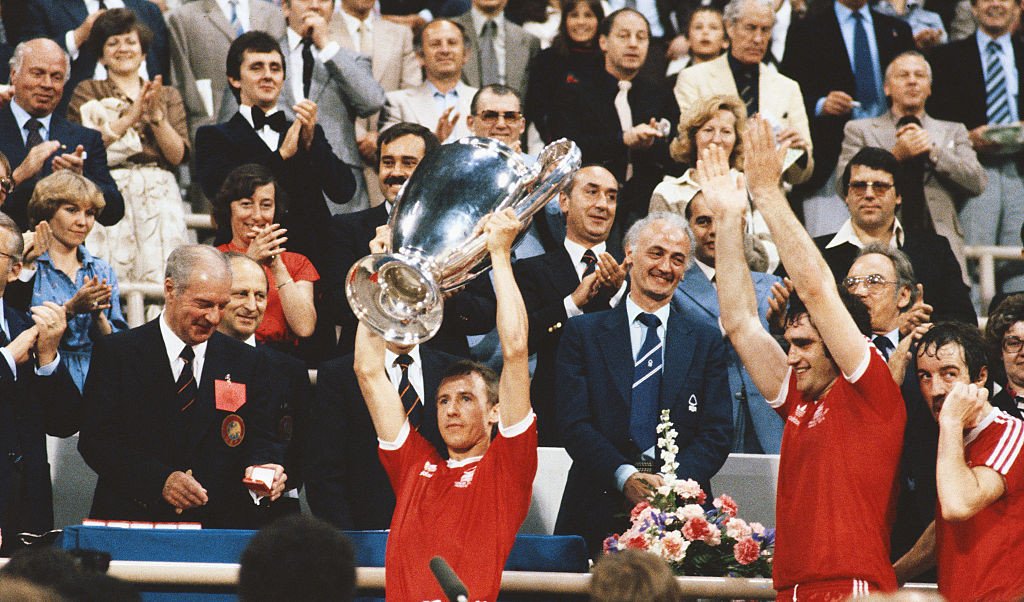 Nottingham Forest won promotion to the First Division in the 1976/77 season as finished third in the Second Division. That was, remarkably, the catalyst to Forest going on to become the best side in Europe. They won the First Division in 1977/78, which in itself is incredible as a newly promoted side. If that wasn’t enough, they then went and won back-to-back European Cups in 1978/79 and 1979/80. 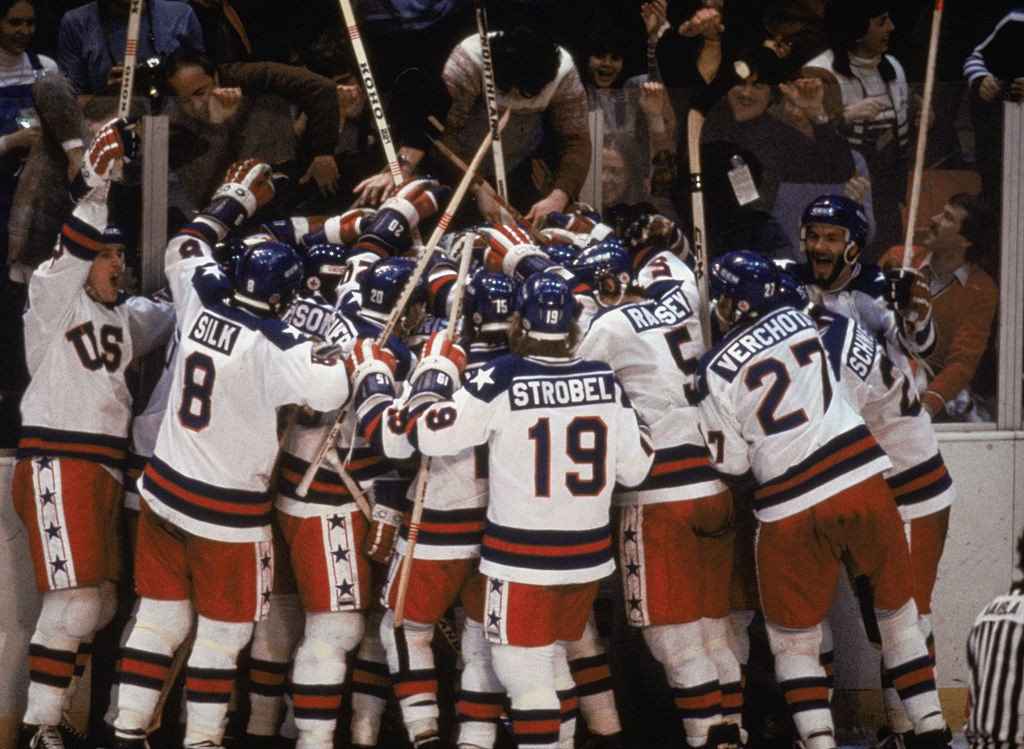 'The Miracle on Ice'

In the Final Round of the 1980 Winter Olympics ice hockey tournament, the USA team, made up of amateur and collegiate players, defeated the Soviet Union team that had won six of the last seven Olympic tournaments. The USA then went on to defeat Finland to ensure that they won the gold medal. 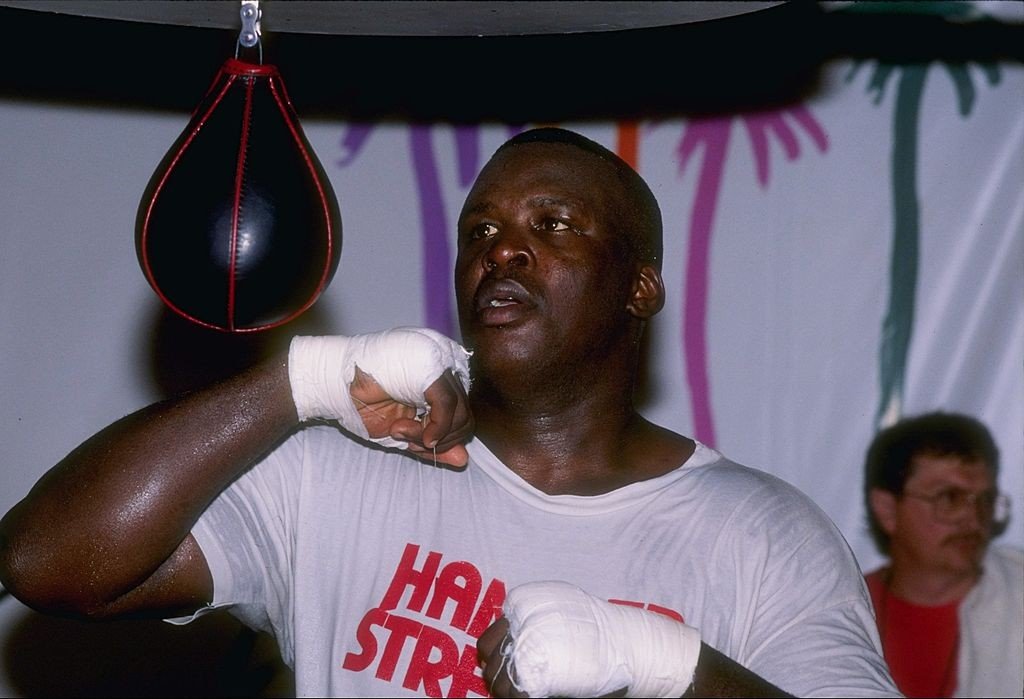 One of the biggest upsets in history happened on February 11th, 1990 in Tokyo, Japan. The undisputed heavyweight champion of the world, Mike Tyson, lost via knockout to James “Buster” Douglas. In the tenth round, Douglas unloaded with an uppercut, followed by a four-punch combination that knocked Tyson down for the first time in his career. He couldn’t beat the count and Douglas was declared the winner. 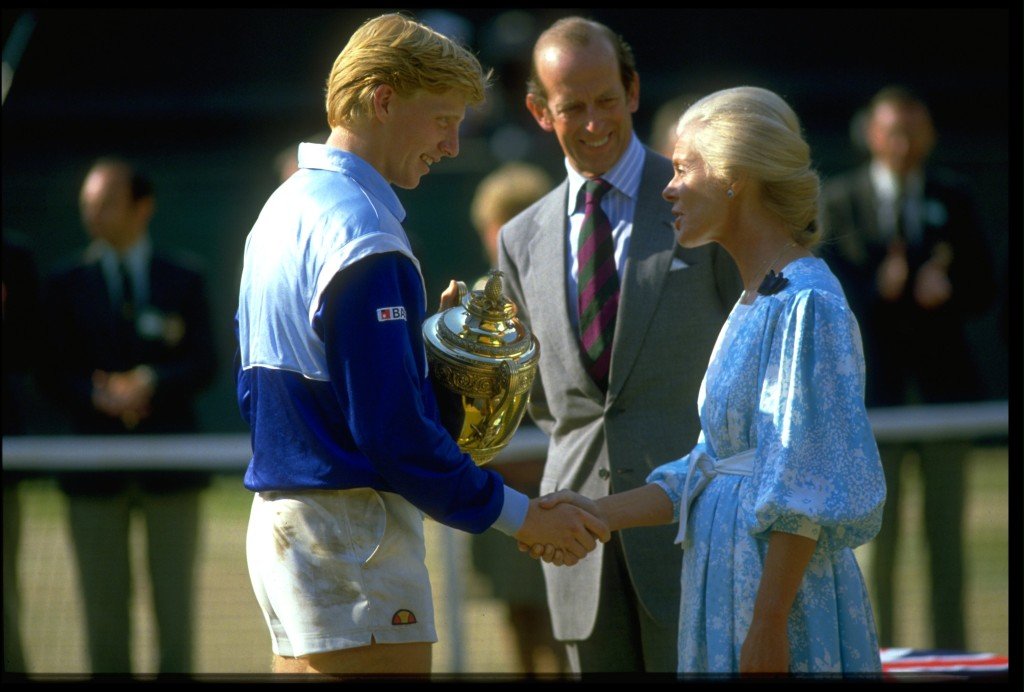 Back in 1985, Boris Becker became the first unseeded player to win the Men’s Singles title at Wimbledon as well as the youngest ever male Grand Slam singles champion, aged 17 years and 227 days old. He won the final 6–3, 6–7, 7–6, 6–4 against Kevin Curren to pull off a huge upset win. 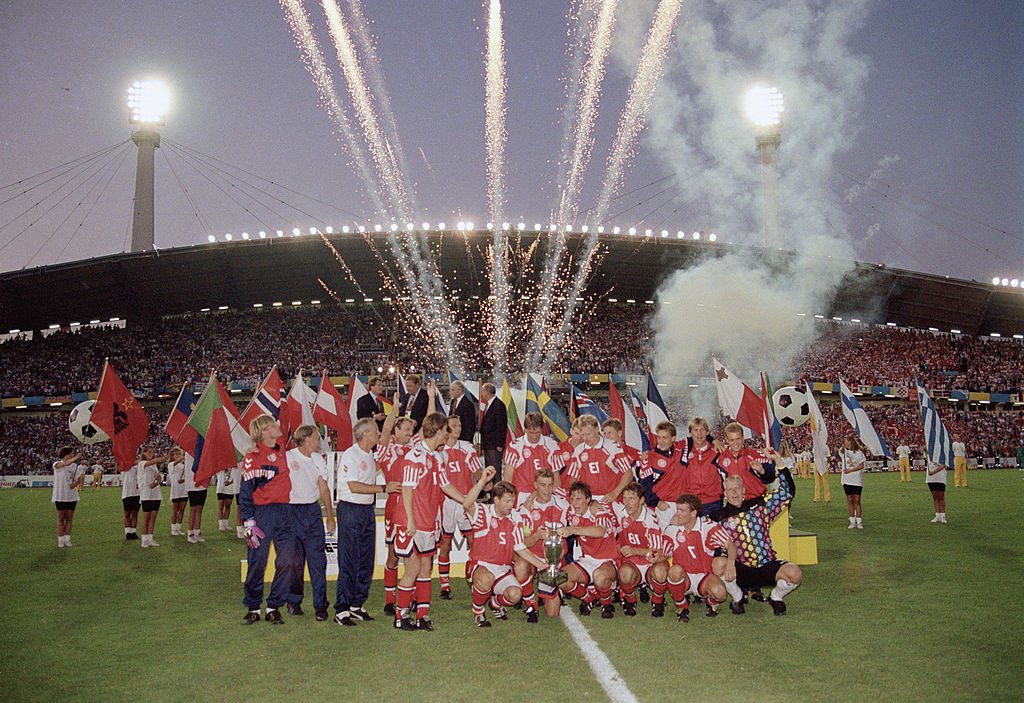 Denmark’s win at Euro 1992 was a huge upset, mainly because they weren’t even originally in the tournament! The Danes were entered as a replacement after Yugoslavia were disqualified as a result of the breakup and warfare in their country. Denmark took full advantage by going all the way to the final, where they beat the much-fancied Germany 2-0. 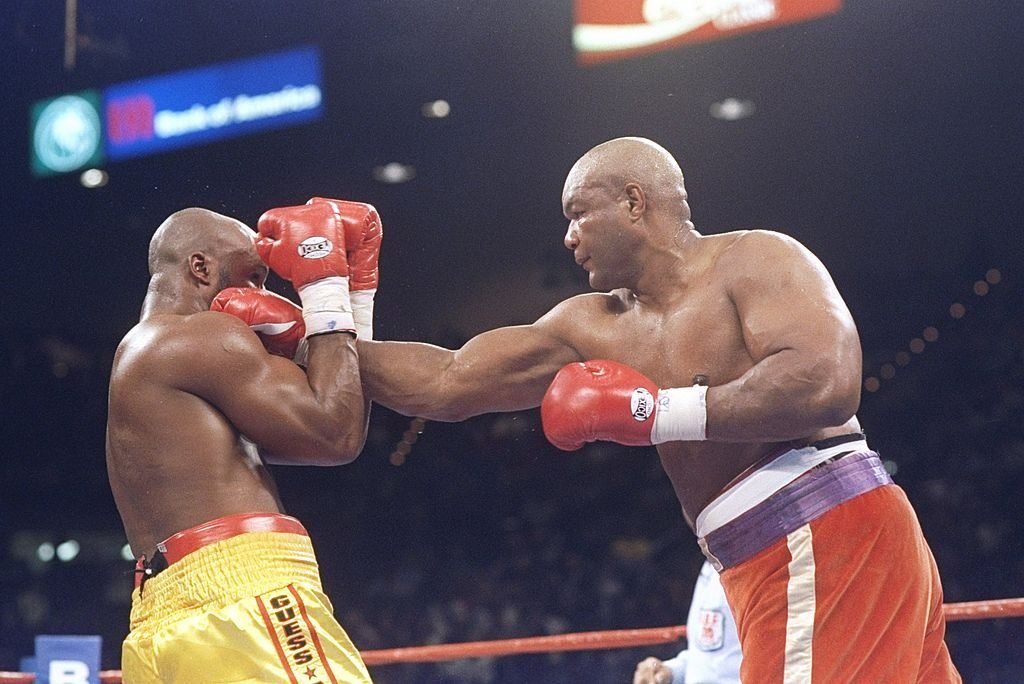 In 1994, nobody gave 45-year-old George Foreman a chance of winning the world heavyweight title, but he did just that. He fought champion Michael Moorer, 19 years his junior, and despite getting out-boxed for nine rounds, Foreman connected with a devastating right hand that knocked Moorer clean out, making Foreman the oldest fighter ever to win the world heavyweight championship. 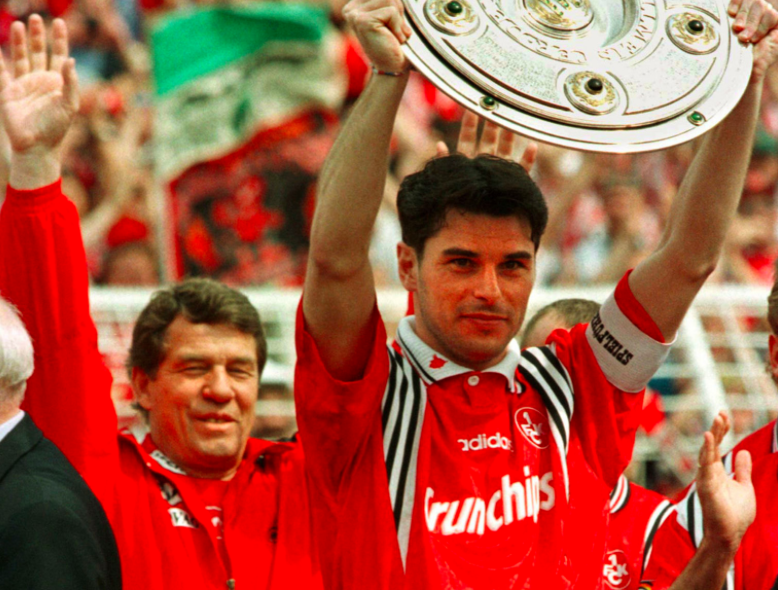 In 1996, Bundesliga side FC Kaiserslautern were relegated to the second division in Germany. They immediately gained promotion at the first attempt, and in the next season, they made football history by becoming the first German side to win the Bundesliga title the season after a promotion. 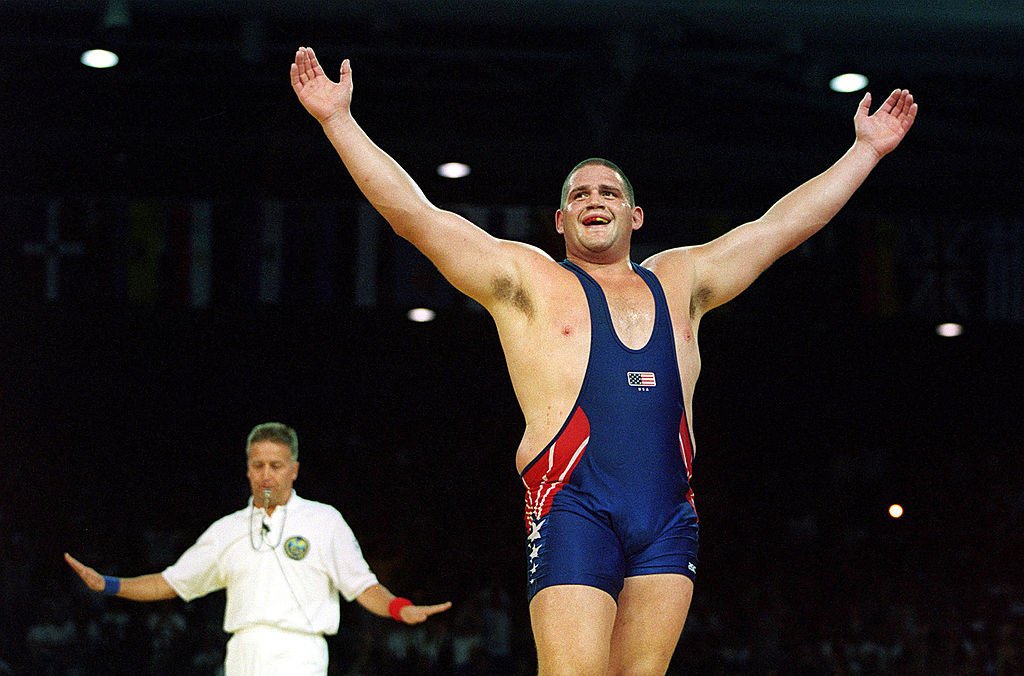 Ok, so Greco-Roman wrestling isn’t the most popular sport in terms of worldwide exposure, but in 2000, it provided one of the most unlikely upsets ever. In the Olympic final, American Rulon Gardner was competing against Russia’s Aleksandr Karelin. Karelin was a three-time Olympic champion who had been undefeated for 13 years, and in fact, he had not even given up a single point in six years prior to the final. However, 30 seconds into the second round, Gardner gained a point, the first Karelin had yielded for years and he eventually won the match in overtime. 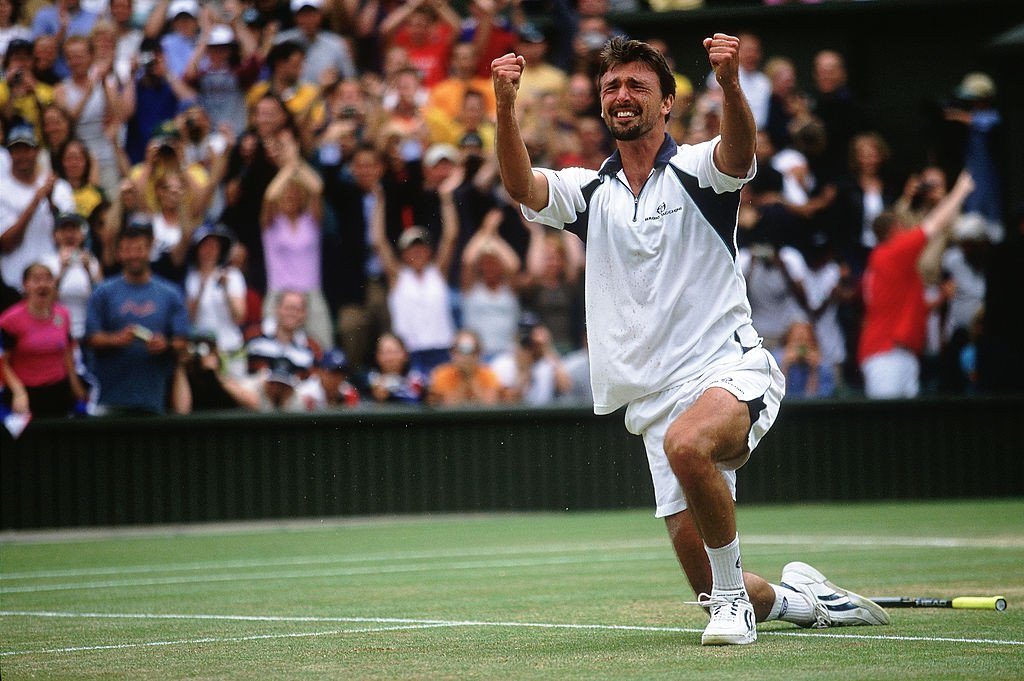 In 2001, Goran Ivanisevic was granted a wild-card spot at Wimbledon. He ended up knocking out Greg Rusedski, Marat Safin and Tim Henman on route to the final. In that final, he beat Pat Rafter in a thrilling five-set game to become the first wild-card winner of a tennis major. In 2004, Greece shocked the football world by winning the European Championships. They beat France 1-0 in the quarter-finals, before beating the Czech Republic by the same scoreline in the semi-final. That set up a clash in the final with hosts Portugal, which they also won 1-0. It was a huge upset, and Greece managed to win the tournament despite only scoring three goals in the entire knockout phase. 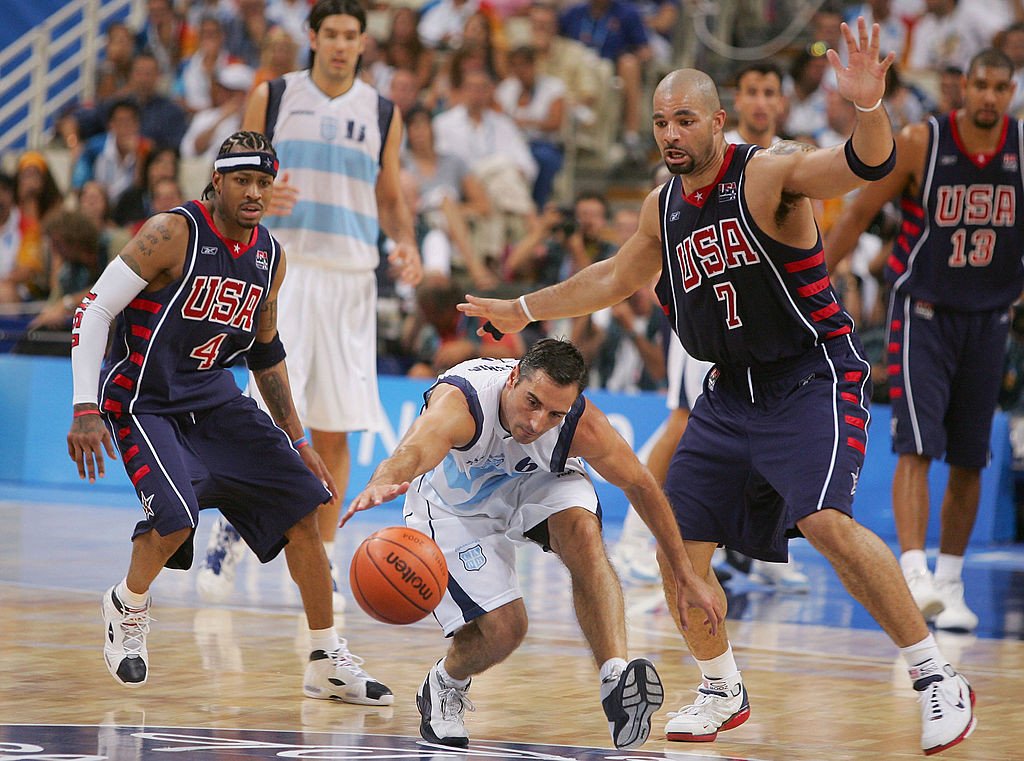 Argentina pull off the upset

In the 2004 Olympic basketball semi-final, Argentina faced the USA, a team filled with NBA stars. Argentina managed to shock the world by defeating America 89-81, and they then easily beat Italy in the final to win the gold medal. 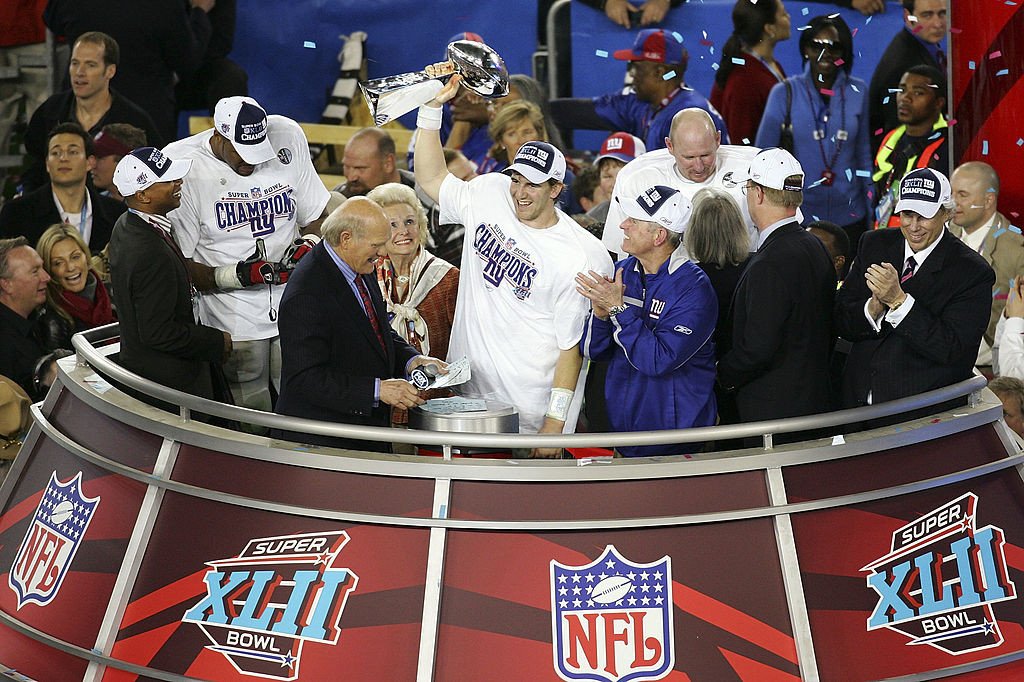 Going into Super Bowl XLII, the New England Patriots had won 17 games and were looking to become only the second team in NFL history to have an unbeaten season. However, despite starting the game as huge underdogs, the New York Giants managed to win 17-14 thanks to a touchdown catch by Plaxico Burress with just 35 seconds of the game remaining. 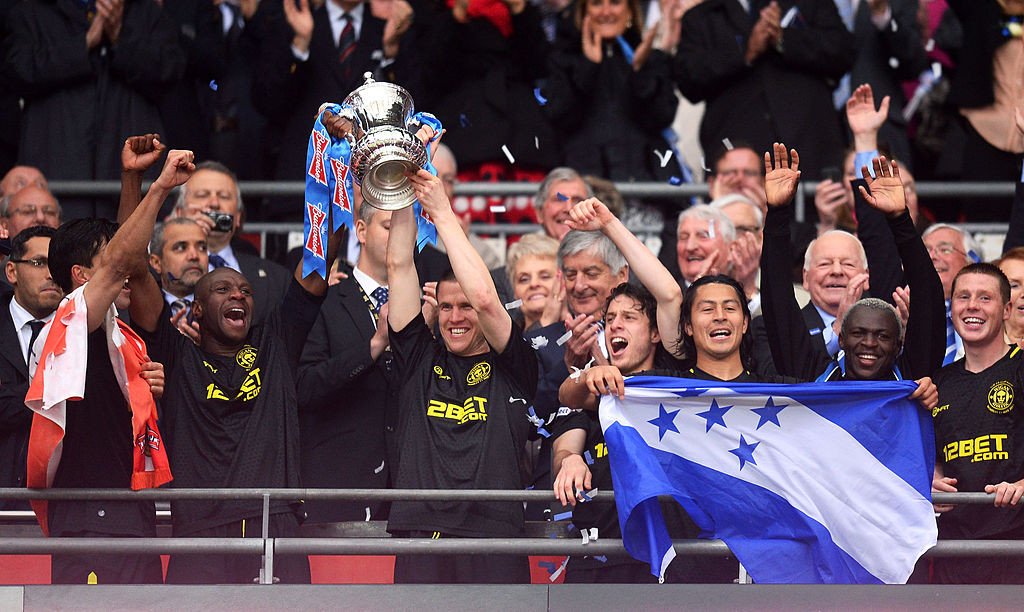 The people of Wigan might have been used to seeing their rugby league side have success, but not many would have dreamed of seeing their football team win the FA Cup! However, in 2013, they did just that. After beating Bournemouth, Macclesfield Town, Huddersfield Town, Everton and Millwall en route to the final, the Latics had one huge obstacle to overcome. They faced the mighty Manchester City and managed to win 1-0 thanks to Ben Watson’s injury-time header. 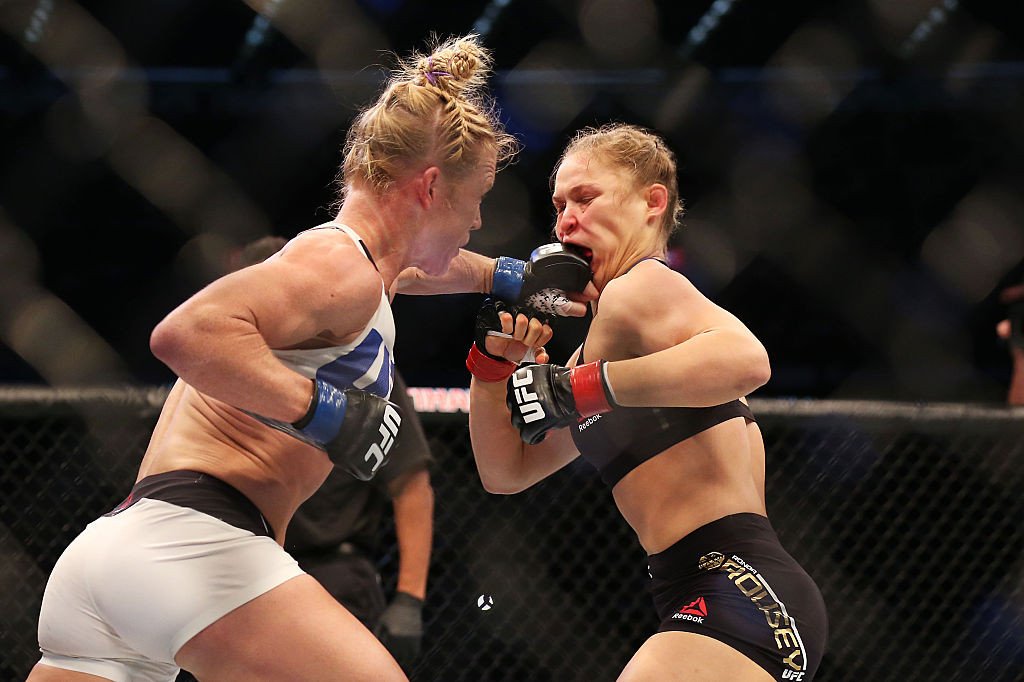 In November 2015, Ronda Rousey defended her UFC Women’s Bantamweight Championship against Holly Holm. Rousey was expected to defeat the former boxer easily but Holm emerged victorious after a knockout win that signalled the beginning of the end for Rousey’s MMA career. 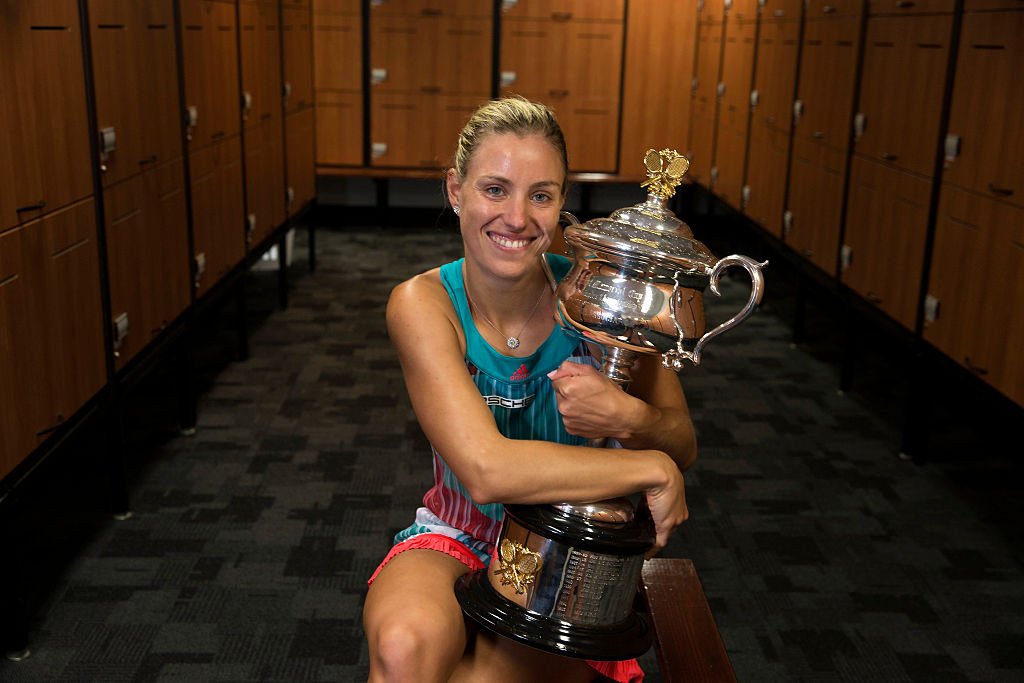 In 2016, Angelique Kerber upset Serena Williams 6-4, 3-6, 6-4 in the final to win the Australian Open title. It was Serena’s first final loss in seven Australian Open finals. What makes the story more remarkable is that Kerber became the first major champion to have saved a match point in the first round when she faced Misaki Doi. 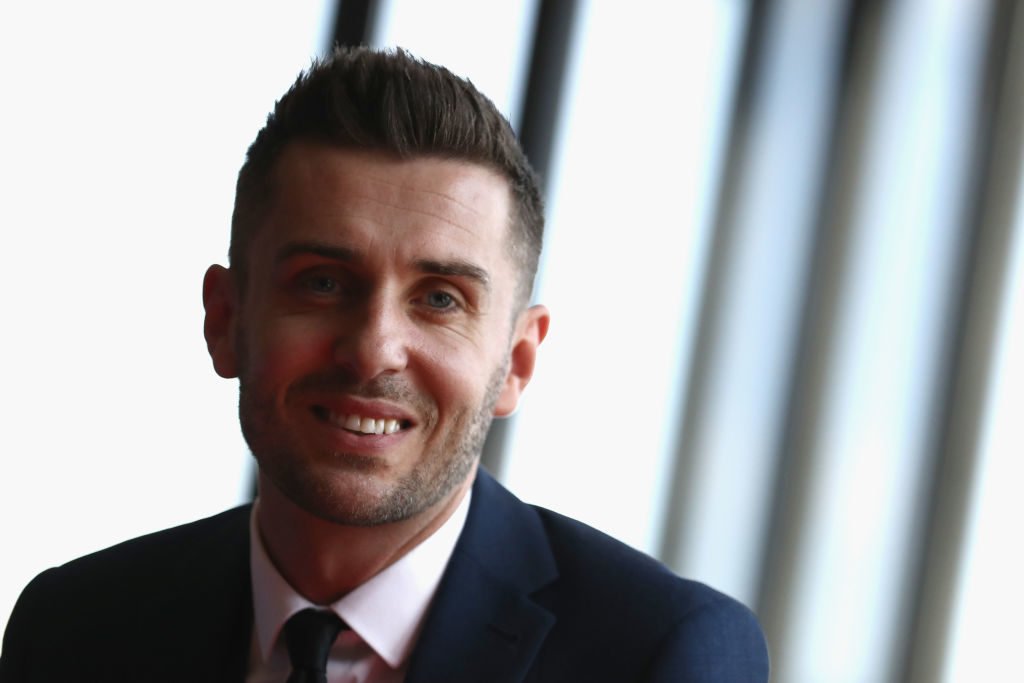 Selby loses to an amateur

Snooker’s world number one Mark Selby suffered a 6-3 first-round loss at the 2018 UK Championship to amateur James Cahill in one of the biggest shocks in the sport’s history. The two-time world champion tried to rally back from 5-1 down and when he made it 5-3, it looked like he was on his way to a famous comeback win, but Cahill played an amazing shot to pot the pink in frame nine to secure a famous victory.